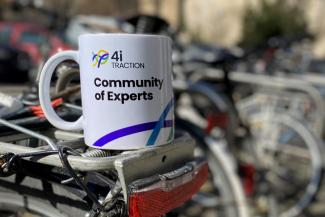 Community of Experts Coffee Hour #3: A conversation with the European Scientific Advisory Board on Climate Change

The third Community of Experts Coffee Hour considered the role of independent scientific expertise in policymaking. The Community was joined by the vice-chair of the European Scientific Advisory Board on Climate Change (ESABCC), Professor Jette Bredahl Jacobsen.

Independent scientific advisory bodies are a key feature of national climate framework laws across Europe, of which the UK’s Climate Change Committee is the most well-known. They act as an independent third party that monitor progress and provide science-based input to national policymaking processes. Following the adoption of the European Climate Law in 2021, the European Scientific Advisory Board on Climate Change was established in the first half of 2022, following an EU-wide call for nominations for suitable candidates from academia. The Board, supported by a growing team in its Secretariat housed by the EEA, adopted its initial work programme for 2022 at the end of June and is in the process of getting to work while settling into their new positions in parallel.

The Community discussed the role of the ESABCC and its initial work programme with Professor Bredahl Jacobsen. More generally, the experts discussed what role independent scientific expertise can and should play in the EU’s transformation to climate neutrality.